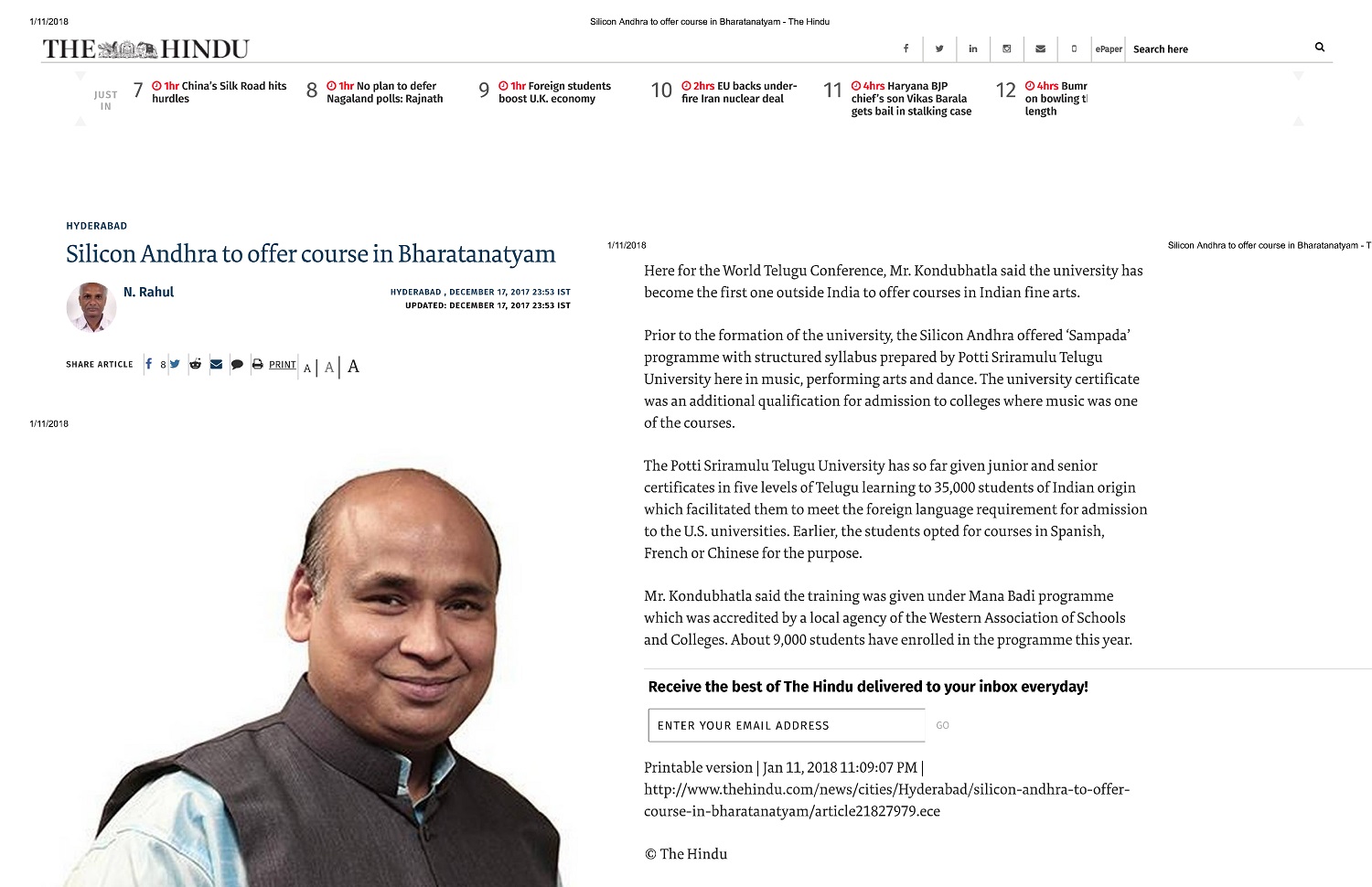 Not limiting itself to providing a crucial bridge course to meet the foreign language requirement for admission to universities in the U.S., the Silicon Andhra has spread its wings to promote art and dance among Telugu-speaking people in the U.S. among whom it works as a not-for-profit organisation.

The Silicon Andhra is now a university, owing a building of 25,000 sq. ft. at Milpitas near California which offers master’s, diploma and certificate courses in Kuchipudi and Carnatic music. It would start a course in Bharatanatyam from next month, the university Chief Operating Officer and Chief Financial Officer Deenababu Kondubhatla said.

Here for the World Telugu Conference, Mr. Kondubhatla said the university has become the first one outside India to offer courses in Indian fine arts.

Prior to the formation of the university, the Silicon Andhra offered ‘Sampada’ programme with structured syllabus prepared by Potti Sriramulu Telugu University here in music, performing arts and dance. The university certificate was an additional qualification for admission to colleges where music was one of the courses.

The Potti Sriramulu Telugu University has so far given junior and senior certificates in five levels of Telugu learning to 35,000 students of Indian origin which facilitated them to meet the foreign language requirement for admission to the U.S. universities. Earlier, the students opted for courses in Spanish, French or Chinese for the purpose.

Mr. Kondubhatla said the training was given under Mana Badi programme which was accredited by a local agency of the Western Association of Schools and Colleges. About 9,000 students have enrolled in the programme this year.