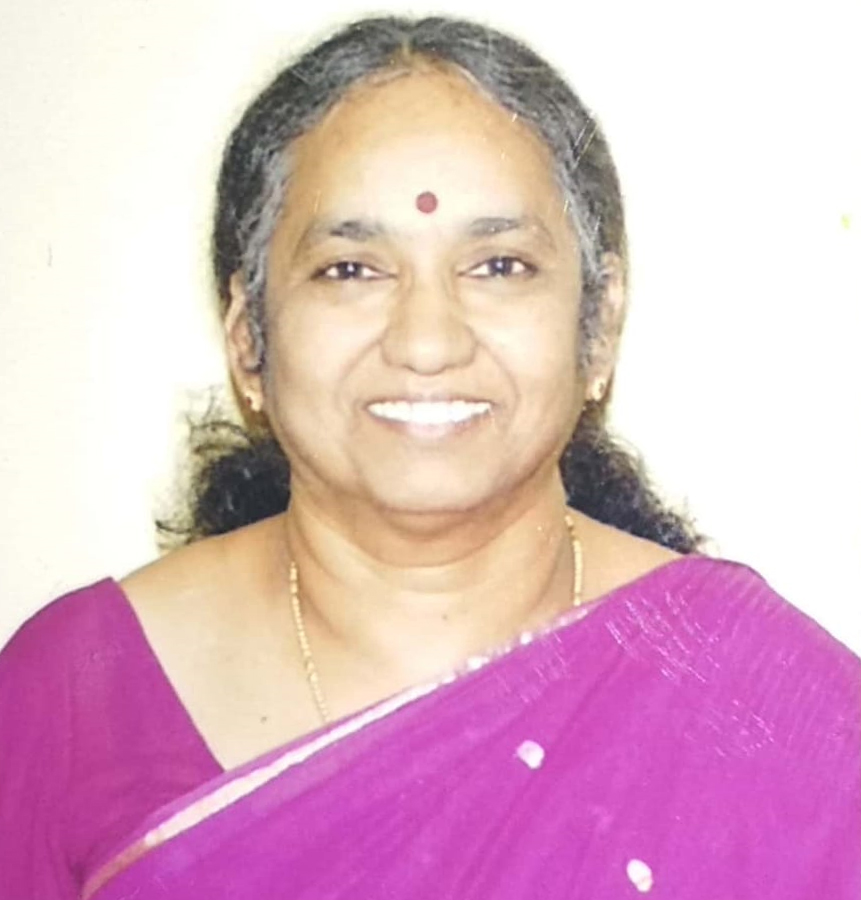 Vani Bhandaram is a Reader in Sanskrit and retired as the Principal of SN Vanita Maha Vidyalaya after 36 years of service. She was the guest lecturer and examiner for Osmania university and Potti Sreeramulu Telugu University. She taught courses on prose, poetry ,and drama in Sanskrit literature. Her research interests are in SahityaShastra (literary criticism). With her exemplary academic track record, she is well known and respected for her inspiring teaching style. She was awarded Best Teacher Award in 2010. She also served as faculty for workshops held by IIT Hyderabad on spirituality and well-being for teachers.
Vani holds a Doctoral thesis entitled A Study of Sangitachandra of Vipradasa. She received grants for Minor and Major Research Projects from SERO and UGC to examine the Chatussahsti Kalas and the scientific references in Ashtadasa Puranas. Vani authored the books such as Nritta Ratnavali Roci (2004), Veda Vani Jivan Vani (2009), Ramayanamloni Manipradeepaalu (2009) and Pitrudevobhava(2016), Devyani (translated from Hindi to Telugu 2010), and Akkineni Anuchintanani (from Telugu to Sanskrit 2018)