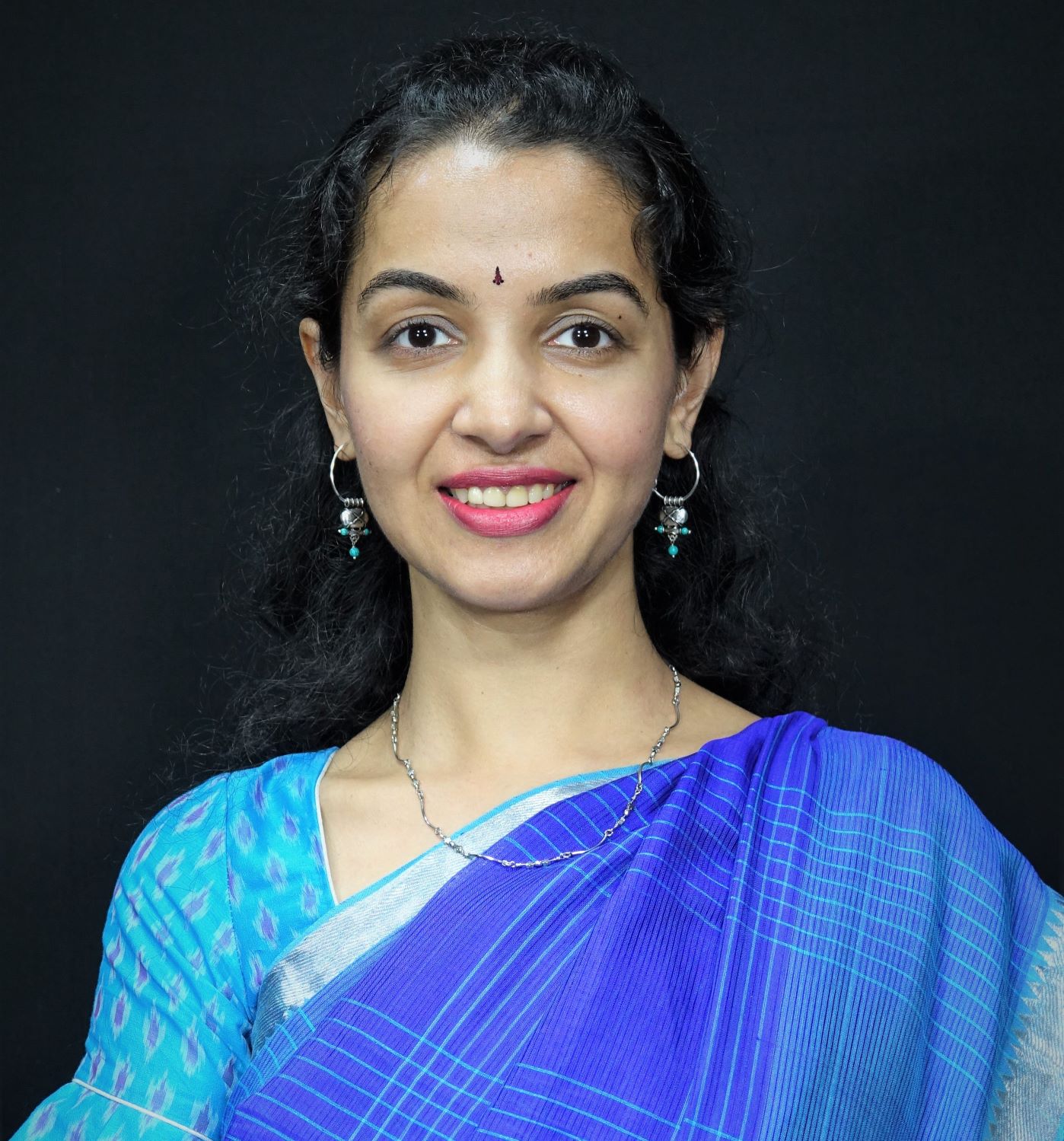 Sindhuja is a passionate practitioner of dance with a dedicated and disciplined approach to the art form. She initially started with Bharatanatyam but found Kuchipudi her calling and continues to understand the subtleties of that form. She received initial training from Smt Madhavi, Smt Padma Kalyan and Sri Vedantam Raghava and, since 2005, has been under the able mentorship of Dr Yashoda Thakore. A once practicing Architect, she chose to pursue her career in performing arts.
She commenced performing at a young age and has been majorly a solo performer ever since, playing roles in ballets and group performances along with her teachers’ ensemble. A graded artist from Doordarshan, Sindhuja has performed internationally and nationally at events of reputation. Lauded for her grace, expressiveness and sense of rhythm, she believes in a holistic approach towards dance. She accompanies other artists on Nattuvangam as well. Sindhuja is the founder-director of Sinjini School of Arts (Regd) and trains enthusiasts in both dance and music.
Sindhuja obtained a Master’s degree in both Kuchipudi and Carnatic vocal. Her research on “Narratives on Indian ‘Classical’ Dances: Analysing Discursive Practices in the Printed Texts of 20th Century, Focusing on Kuchipudi” from the Department of Dance, University of Hyderabad with a scholarship from JRF (UGC) earned her a doctorate. She has presented papers and published papers, talks and lecture demonstrations on prestigious platforms. She contributed articles/reports on classical dance and music to a local English Daily and assisted scholars in transliteration and translation of treatises and related works.