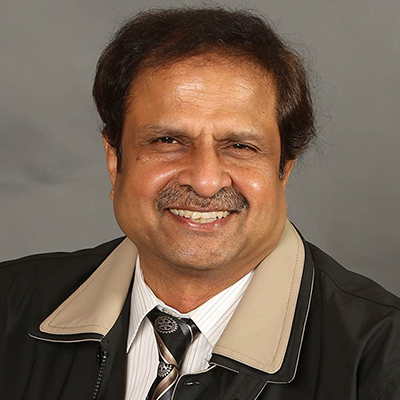 Ramesh Hariharan, an entrepreneur, is the CEO of CompuSharp, a Silicon Valley tech company. After growing up in Hyderabad in India, he and his family moved in year 1995 to the Silicon Valley.

His community work started in the year 2000, when he became a Rotarian. After serving in various positions, he took on the role as District Governor for the Rotary Year 2019-20. He led his District 5170 to great heights in the areas of membership growth and contributions to The Rotary Foundation.

Ramesh has been involved in numerous service projects in the communities in the Silicon Valley, particularly in East Palo Alto where there are immense needs. He has contributed to service projects across the globe in the areas that include Tsunami relief, corrective plastic surgeries, wheelchairs, hearing aids, prosthetic limbs, and schools for vocational education.

Ramesh has visited over 30 countries and can speak fluently in five languages. He is a teacher and exponent of Indian Classical Music.

Ramesh believes in the oneness and equanimity of all human beings, and the application of the ideal of service in everyone’s personal, business and community life.