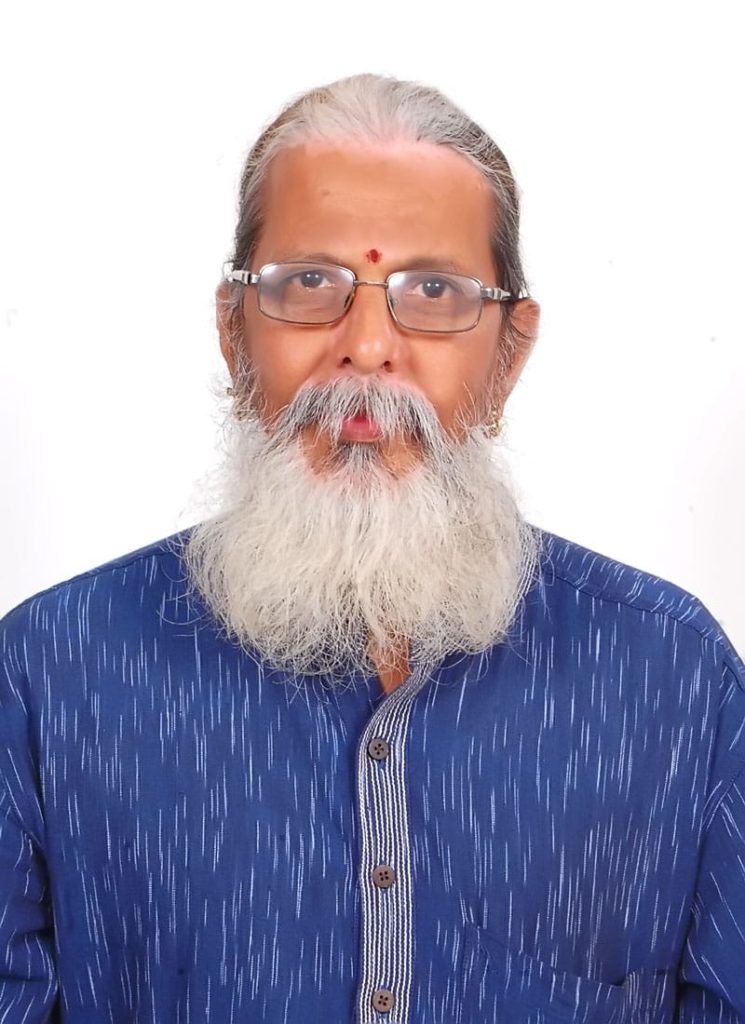 Prof. Rani Sadasiva Murty is presently the Head of the Department of Sahitya in Rashtriya Sanskrit Vidyapeetha, Tirupati. He is a multidisciplinary and multilingual expert having his post graduate degrees in Sanskrit, English, Philosophy, Advaita Vedanta, Jyotish and Management along with a Ph. D in Sanskrit. He wrote more than 30 books and edited 12 books and proceedings. He produced poetry and dance ballets in Sanskrit, Telugu and English. He directed a Sanskrit film named Hidimba Bhimasenam on behalf of Rashtriya Sanskrit Vidyapeetha, Tirupati. He delivered hundreds of discoures on different subjects pertaining to Ancient Indian Knowledge Systems in various Universities in and abroad and is a live commentator of SVBC channel of Tirumala Srivenkatesvara Festivals occasionally. He has produced 20 Ph. Ds and 22 M. Phils under his research guidance. He is a member of various academic bodies in different universities. He is a recipient of the prestigious Kendra Sahitya AKademi Award 2016 given in December 2017.