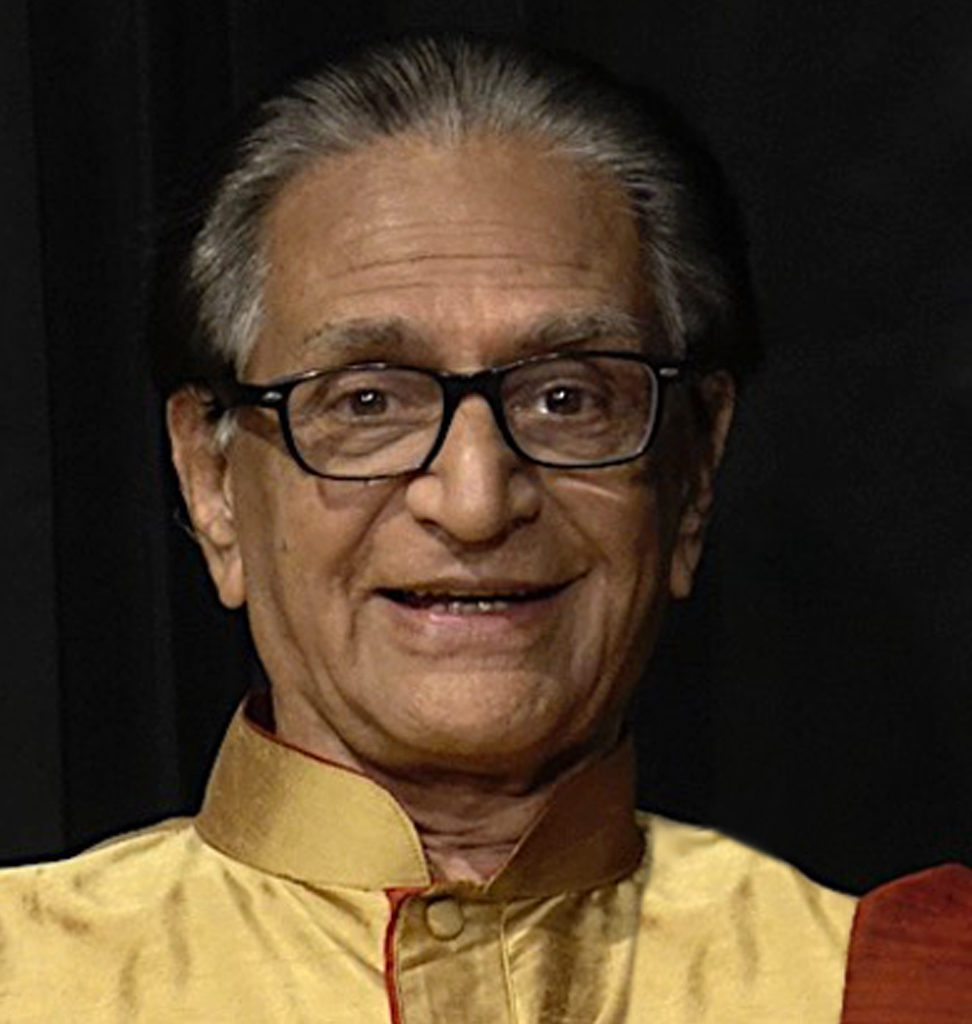 Chandrasekhar, one of India’s senior most Bharatanatyam dancers was trained at the internationally renowned Kalakshetra in Chenai under the tutelage and mentorship of Smt. Rukmani Devi Arundale. He has imbibed from his mentor the best of Indian art, culture and aesthetics. He served the universities of Banaras and Baroda and retired as the Head and Dean of the Faculty of Performing Arts of M S University of Baroda. He along with his dancer wife, Smt. Jaya Chandrasekhar have settled down in Chennai and together, they have established Nrithyashree, an institution which involves teaching, choreographing and performing. Chandrasekhar’s two daughters Chitra Dasarathy and Manjari are also highly acclaimed dancers in India. Chandrasekhar is a multi faceted personality being a dancer, choreographer, researcher, musician, academician, composer and highly acclaimed teacher of Bharatanatyam. He has been performing for the past five decades in India and all over the globe and is invited by many dancers the world over to teach and choreograph. Chandrasekhar has a number of music and dance compositions to his credit and his dance dramas have been very highly acclaimed for their individuality and innovative approach. His choreographic works include Kalidasa’s Ritu Samharam and Meghadootham, Aparajitha, Pancha Maha Bhootham, Arohanam, Bhoomija, Bhramarageeth and many others. He has many prestigious awards to his credit of which the the notable ones are Central Sangeet Natak Akademi Award, the academy awards of the States of Uttar Pradesh and Gujarat and Tamil Nadu, Nrithya Choodamani from Krishna Gana Sabha, Chennai and the University Grants Commission’s National Lecturer ship, Tagore professor at the University of Madras, appointed member executive board, Central Sangeet Natak Akademi.Nadabrahmam award from the Narada Gana Sabha,Nritya Ratnakara from Bhairavi Fine Arts, Cleveland, Nritya Kala Ratna from Mysore.Bharatha Kala Saagara from Sri Bharatalaya, Nrithyodaya award, the prestigious Sangeeta Kala Acharya award from the Madras Music Academy. The prestigious Kalidas samman was bestowed on him by the Madhya Pradesh Government. He has been awarded the Padma Bhushan by the Govt. of India. Recently he was awarded ‘Ratna Sadasya’ by the Sangeet Natak Akademi. His visits abroad include countries of Europe, the U.S.A. and Asian countries of China, Japan, Hong Kong, Singapore, Malaysia, Thailand, Philippines, Indonesia, Cambodia, Laos, Kuwait, Mauritius, Reunion etc.