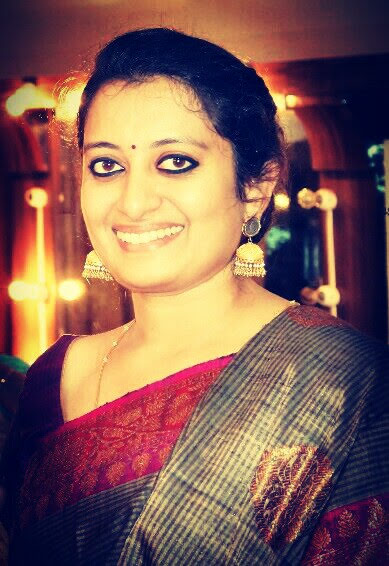 Katyayani Kanak has initially been trained in the Kuchipudi dance idiom under Smt. Mallika Ramprasad, disciple of Guru Sri Vempati Chinna Satyam and Guru Smt. Sobha Naidu. After obtaining a Bachelor’s degree in Computer Science Engineering, she has completed her Masters in Performing Arts in dance from the Sarojini Naidu School of Arts and Communication, University of Hyderabad, during which she continued training under Smt. P.B. Krishna Bharathi. Having been awarded the Junior Research Fellowship by the UGC, and later being updated to the Senior Fellowship, she pursued her Ph. D. from the same institution under the guidance of Prof. Anuradha Jonnalagadda. She is a graded Doordarshan artiste and as a part of the troupes of her gurus, she has performed at many a venue across the country and abroad. A co-founder of the non-profit cultural organization, Lasyakalpa Foundation since its inception in 2013, she has been collaborating with Guru D.S.V. Sastry and continues her further training in the Kuchipudi dance idiom under his tutelage to be a soloist. Together they impart training in Kuchipudi through Lasyakalpa Dance Academy, of which she is the Training Director.