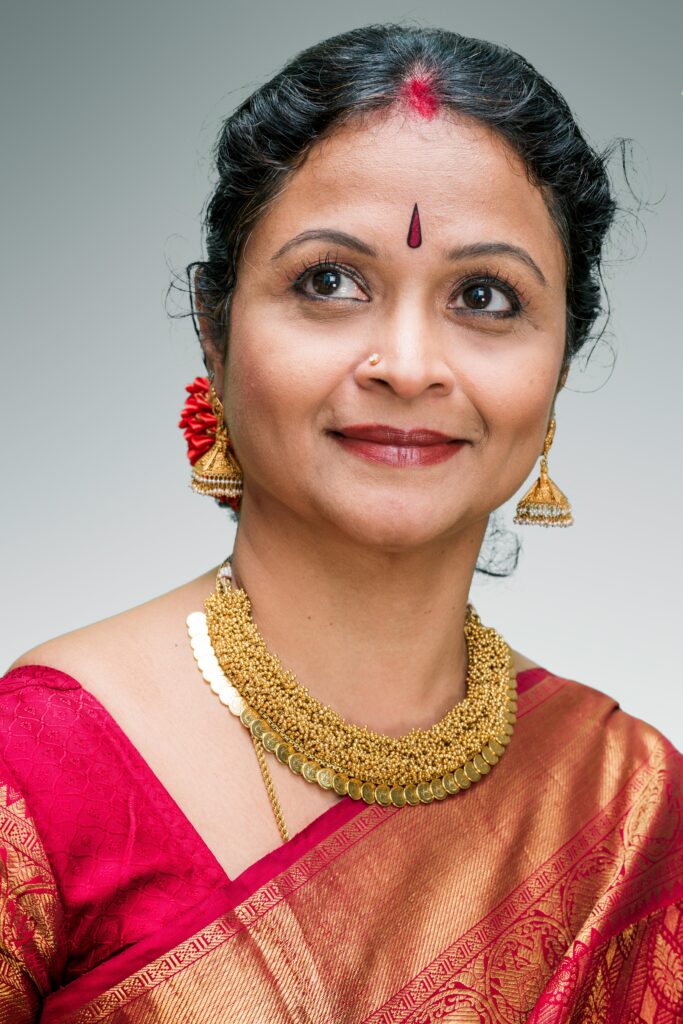 Acclaimed artiste of Bharatanatyam and researcher Dr. Padmaja has been trained by prominent Gurus, her mentor being the stalwart Guru K.Kalyanasundaram and father Sri Chakyar Rajan. She holds degrees in Commerce, Law, Diploma in choreography, a Masters in Philosophy and a doctorate from Mysore University. She has performed at major dance festivals widely and was honoured at Rashtrapati Bhavan by Dr Kalam for her efforts to bring the lesser privileged children to dance. Padmaja has represented the ICCR besides extensive tours to educational institutions and organisations abroad. Her institution Aatmalaya academy conducts workshops also at rural India. Padmaja is in the panel of examiners and module content contributor in a few institutions. She is an avid writer on Metaphysics and Natya. Reckoned as deeply spiritual and intellectual, her books on Tantra and Natya have dealt with the esoteric study of dance. She had presented a TV serial NATYA TANTRA. She regularly participates in international conferences and was at the World Sanskrit conference, Parliament of Religions, the SNA Natya Shastra seminar and Natya kala conferences.