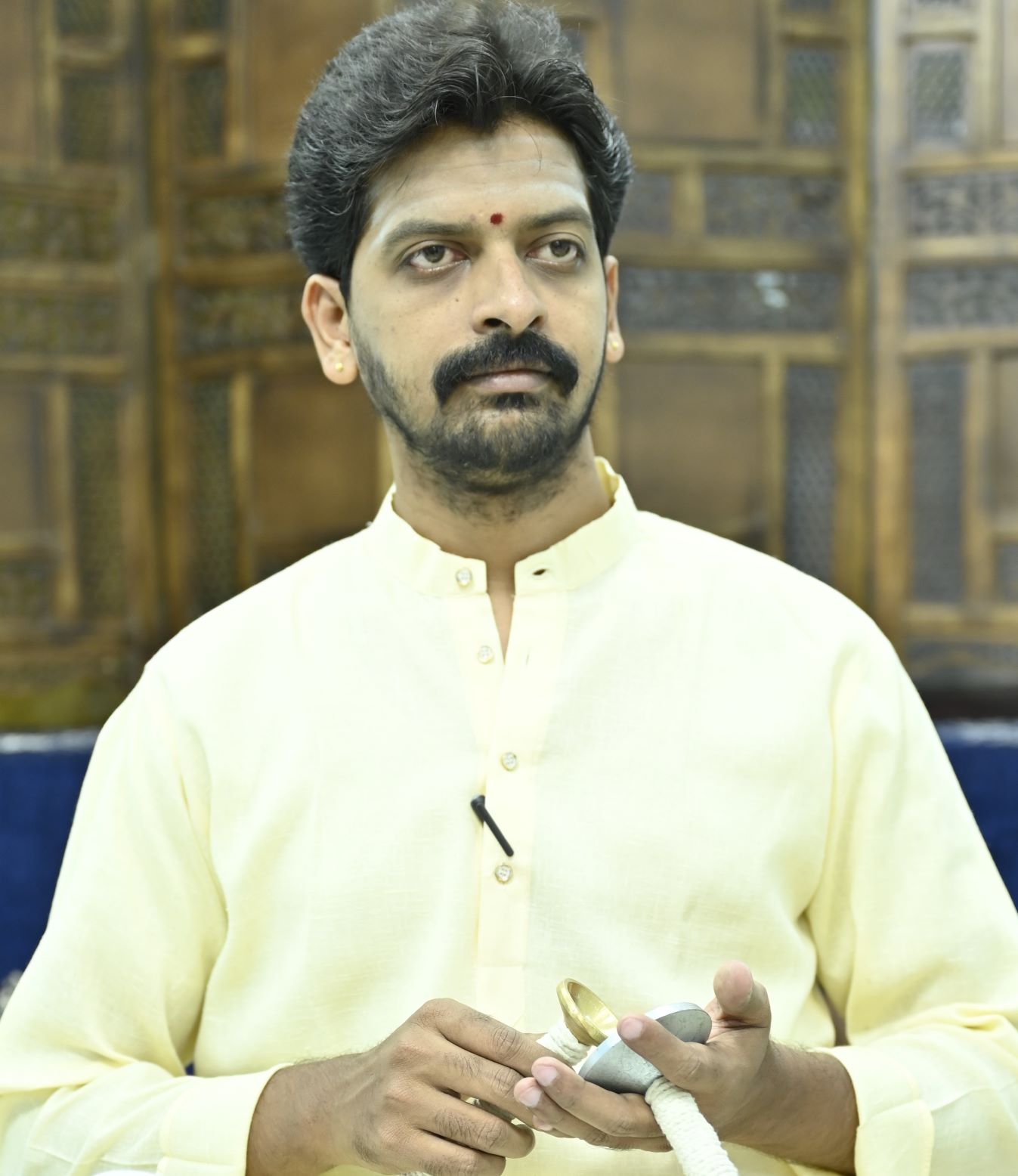 Chandrakanth Mamillapalli had his initial training of Mridangam under Guru Sri. PRC Sharma. While continuing his school studies at Anantapur, he continued his practice under the guidance of Sri. Srinivasa Rayudu. His passion towards the instrument made him comeback to Hyderabad and to his association with his guru Sri. Palakurthi Ramachandra Sharma.

He completed his Diploma with a Distinction under guru’s guidance and simultaneously completed his graduation. Later he pursued his Masters in Mridangam from Potti Sree Raamulu Telugu University, Hyderabad.

Inspired by his guru’s words he chose to be an IAS (Indian Art Service) officer and made this as his career. A versatile Mridangist who plays for Kutcheries, Fusions, Symphonies, Bhajans, Dance (Kuchipudi & Bharatanatyam), Recordings, etc.

Toured all over India and played at various programs. He traveled abroad representing India at the International Drum Festival Held at Cairo, Egypt in 2016 where he accompanied P. Jayabhaskar garu for his Laya Ensemble on the Morsing and Ghatam. He also plays Upa Prakka Vaadyas like Ghatam & Morsing and Khanjira.

He has been teaching Mridangam since 2014 to all age groups in India and abroad. He also does Nattuvangam for dance performances and teaches the same.
He has worked as a Mridangist at the Dept. of Dance, S. N. School of Arts and Communications, University of Hyderabad, Gachibowli.